Cellnex purchasing model is based on
decentralized purchasing

The Global Resources Procurement area is tasked with providing strategic value to Cellnex group stakeholders by managing purchases in accordance with Cellnex’s industrial model and promoting efficient, innovative, transparent, sustainable and quality purchasing as a lever to provide Cellnex's customer care services with the right balance between cost/performance while respecting corporate policies.

Within the purchasing model, the Functional Area sets the procurement plan for its Area and shares it with Procurement in Business Units. In addition, it defines the requirements (technical specifications and conditions) and participates in the selection of the supplier from a technical point of view when purchasing actions are performed.

Four key components were identified for the Cellnex Purchasing Process:

Cellnex understands that its commitment to corporate social responsibility must extend to its value chain. Suppliers must be aware of Cellnex’s corporate policies, such as those concerning purchasing, quality, environment, occupational risk prevention, information security, corporate responsibility and R&D + innovation as well as the Code of Ethics and must ensure compliance with all of them.

Cellnex implement
a new tool
to manage the procurement process

In this context, in 2020 Cellnex has implemented a new tool (Ariba) to manage the procurement process that will improve the suppliers’ engagement. The different modules of the tool allow standardizing the purchasing processes in all countries, provide greater autonomy to the suppliers and improve the transparency of the process. In 2020 the tool was implemented in Corporate, Spain, and Netherlands; and is currently being implemented in France and Switzerland, where it is expected to be fully implemented in 2021. 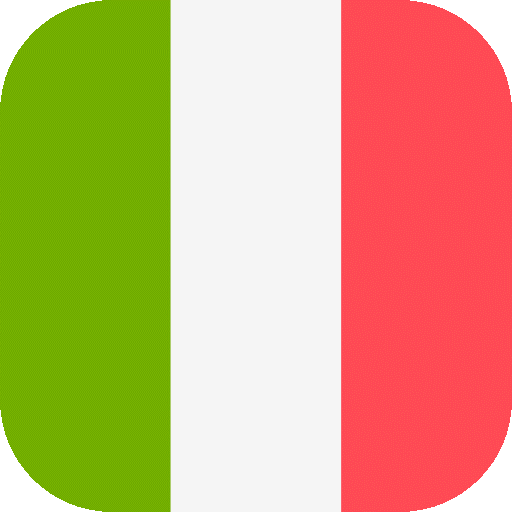 While the roll-out to all countries is being performed, Cellnex Italia has established its own List of Suppliers to qualify and rationalise the Company's recurring purchases. All Suppliers wishing to register must submit a specific request for accreditation by connecting to their webpage. This request is introduced for all Suppliers, including those already registered, to ensure proper management of the Supplier's registry on both the administrative and fiscal sides. In this regard, companies are urged to keep their data up to date. The user manual is available on the home page with all the information necessary for the accreditation process to the Cellnex Italia Supplier Register. They have also enabled an email address for any type of support that may be needed.

It is worth pointing out that Cellnex’s suppliers perform important maintenance tasks and techniques that help Cellnex to provide high quality services to its customers. That is why Cellnex strives to generate local value by contracting local suppliers in all the countries in which it operates.

Whenever possible, Cellnex’s priority is allocate provision of goods and services to local suppliers (local terms mean suppliers who are based in the same country where goods are delivered, and services provided). 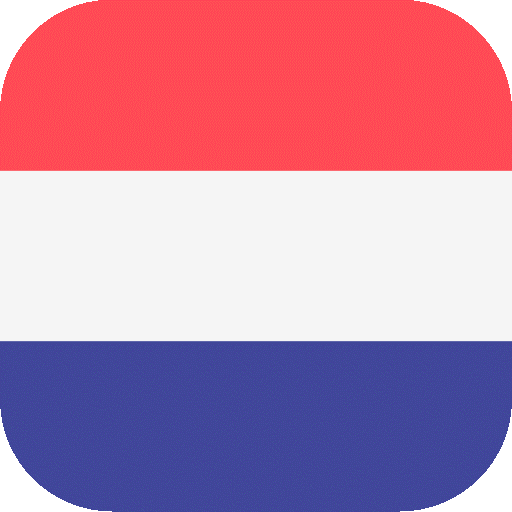 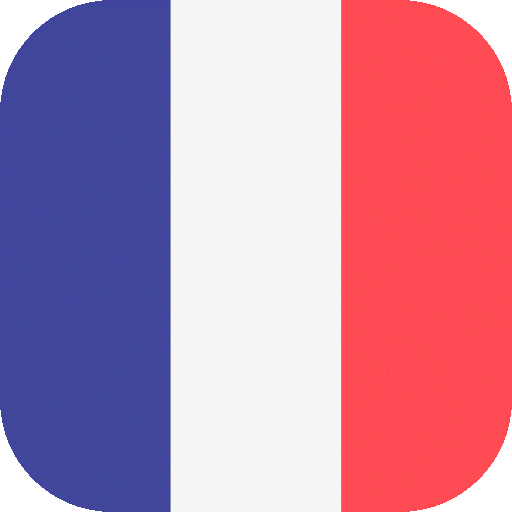 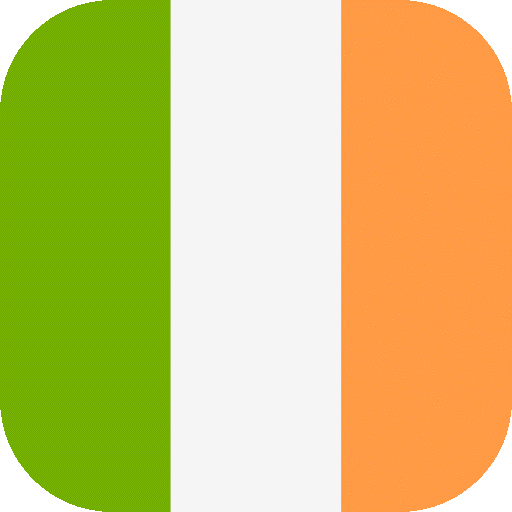 For Occupational Risk Prevention, Cellnex Telecom establishes coordination requirements between the company and its suppliers of works and services to comply with the obligations established in the Law on Prevention of Occupational Risks and other complementary regulations. It has specific guidelines for suppliers accessing the company's facilities, mainly those involved in installations and maintenance projects, and customer colocation services.

ILOQ Project is a global initiative taking place in France, Portugal and the Netherlands. It is a new access system with NFC technology that allows remote access to subcontractors that need to enter the sites, facilitating access traceability.

Likewise, Cellnex informs its suppliers of the environmental requirements for works. Suppliers must respect these rules to avoid generating environmental impacts while performing their work. If an impact is caused, corrective measures must be implemented to remedy them.

Cellnex is extremely committed to ethics and human rights, including in its supply chain, which represents the greatest potential risk, yet is the biggest area to make a positive impact. To this end, Cellnex applies an audit process to find out their supplier’s position and schedule any necessary actions to avoid problems in this regard.

Additionally, Cellnex will offer ESG training and awareness for suppliers to encourage them to make changes in their manufacturing processes and to adopt similar sustainability standards.

Cellnex relationship with suppliers during the COVID-19 situation

The situation caused by COVID-19, with lockdowns, mobility restrictions, remote working, etc. has directly or indirectly affected all economic sectors. Because of this, Cellnex has made a commitment to its suppliers by developing several initiatives:

In Cellnex France, invoices for April and May from subcontractors were paid early (more than two million €).

In Cellnex Spain, the company provided mechanisms to their local subcontractors to speed up receipt of payments for services and supplies, such as payment plans and confirming contracts.

In Cellnex Italy, the company gave financial support to their suppliers in special way during the first and tough period of lockdown. For this purpose, the company negotiated with the main Italian bank’s mechanisms of confirming or reverse factoring totally guaranteed by Cellnex Italy with the most favourable commercial terms and conditions.

In Cellnex Portugal, as of March (when the state of emergency began in Portugal due to the COVID pandemic), Cellnex launched an offer deferring payment of new colocation fees for six months, enabling MNOs to address both capacity and coverage issues exacerbated by the increased data traffic post-lockdown.

Evaluation, selection and monitoring of suppliers

In 2020 Cellnex partnered with EcoVadis to perform the evaluation of its suppliers. The EcoVadis Rating covers a broad range of non-financial management systems including Environmental, Labour & Human Rights, Ethics and Sustainable Procurement impacts. EcoVadis provides an outsourced sustainability management platform that helps Cellnex to invite its trading partners to be rated; manage trading partners' performance; and drive continuous improvement.

In this regard, during 2020, the first phase of data collection from suppliers took place in all countries except Portugal, Ireland and the UK. Around 400 suppliers were selected for evaluation. Once the analysis phase is finished, a supplier risk map will be defined, and action plans will be drawn up for the suppliers, expected for 2021.

Supplier performance is evaluated using quality and time criteria to obtain a grading by levels according to the results. For suppliers with unsatisfactory results, an action plan is established to correct and adjust their service level to that required by Cellnex. If a supplier does not improve its results and is unable to make the appropriate improvements, commercial relations may be terminated.

One of the companies (Shere Masten) in Cellnex Netherlands was audited by KPN in 2019, and an ESG survey was performed by Ecovadis. The rate obtained was good, so no additional improvements have been asked by Cellnex to continue working with KPN.

Cellnex as a supplier

In 2020 the Deutsche Telekom Group has renewed Cellnex Telecom’s certification as a “Zero Outage Supplier” for the fourth year running.

This certification is part of the German group’s worldwide programme for selecting and certifying their key connectivity service providers in each country, to act jointly as partners in improving the service to their end customer.

The programme sets the German group’s quality standards for its customers based on the operational excellence, security and stability of the systems, monitoring of critical components and reduction/resolution of incidents with availability 24/7 by its key suppliers.

Cellnex has been working for Deutsche Telekom in Spain since 2015, providing connectivity services to T-Systems. This company of the German group has been responsible for performing the type-approval and certification process on Cellnex, based on the criteria and quality levels set by Deutsche Telekom.

This type-approval and certification process measures indicators linked to commercial service, compliance with the delivery dates of contracted services, continuity of service, and constant real-time information, scaling, response time and resolution of incidents, to name just a few. It should be underlined that, in accordance with Deutsche Telecom’s requirements, the information, management and resolution of serious incidents affecting service are reported in real time directly to Germany.

T-Systems monitored these indicators throughout 2020 along with the quality of the connectivity service and the level of continuity offered by Cellnex.

Cellnex Netherlands monitored its suppliers using the KVGM management system. Suppliers are assessed by criteria as:

Besides suppliers need to keep the “10 tower-rules” they also need to agree with Cellnex Netherlands’s terms to work at a “high-tower-Cellnex-location” including working on height-certificate, VCA-safety-certificate, working at Cellnex infrastructure-contract, Rules and regulations high-masts (omroepmasten), keys and cards contract and Monet-Health-and-Safety-plan).

An evaluation of main suppliers is also performed regarding social responsibility issues. The scope of the suppliers involved in this evaluation was updated in 2019, to align it as much as possible with the criteria used to define the scope of suppliers to participate in the CDP Supply Chain. In 2020 the scope and criteria defined in 2019 was followed.

Furthermore, Cellnex carries out indicatives throughout its supply chain in order to reduce emissions of polluting gases was well as to manage climate risks. For the third consecutive year, the CDP Supply Chain questionnaire was launched to Cellnex suppliers, improving the response rate to 35% with 169 responses in 2020 (89 in 2019). In this questionnaire, company's suppliers report data on their emissions and environmental behaviour to evaluate their efforts to combat climate change. Cellnex received an A- in 2020, which is in the Leadership band. This is higher than the Europe regional average of B-.

In relation to the 190 suppliers evaluated in Spain, France, Switzerland, and Netherlands, 11 suppliers have been identified with negative environmental impacts in the supply chain.

None of the impacts detected in the evaluations was considered serious and therefore it has not been necessary to implement corrective actions in this regard. If significant impacts were detected, joint improvement plans would have been implemented with suppliers.

Regarding the evaluation of labour practices, together with EcoVadis Cellnex evaluated 88 suppliers in Spain, France, Switzerland, and Netherlands, and 245 suppliers were evaluated by Cellnex Italy.

100%
of critical suppliers homologated considering ESG criteria as of 2023

Under the ESG Master Plan, Cellnex will define a model for the analysis and evaluation of the risk associated with suppliers, including ESG-related factors to gain a deeper insight into the supplier's business and operations, and thus build stronger relationships with suppliers. This model will define and identify Cellnex’s critical suppliers for both business and ESG perspective from 2023.

Likewise, the company conducted an internal audit in 2019 as part of the process to obtain SA8000 certification for the whole Group. The SA8000 Standard is based on internationally recognised standards of decent work, including the Universal Declaration of Human Rights, ILO conventions, and national laws. SA8000 applies a management-systems approach to social performance and emphasises continual improvement. The elements of the Standard are:

As part of the SA8000 certification and to strengthen the relationship with its suppliers, Cellnex makes its suppliers aware of the company’s commitment to further comply with corporate social responsibility.

To this end, in 2020 Cellnex Italia maintained the SA8000 certification and created a new "Social Performance Team" committee that holds meetings at least twice a year, or more if they receive grievances to discuss and to resolve.

Bases for the Preparation of the Report Customers